Tell us about your project

Interactive media has international appeal and top-tier video game dubbing is expected in the modern gaming industry. Connect with Voquent, a market-leader game dubbing company to tailor your content for any audience, quick and easy.

Get Video Game Dubbing from

Get a quick quote

The incredible success of Japanese gaming media highlights the important role that international appeal holds in modern interactive content. Connecting with audiences on a global scale is essential to massive gains for any modern media, so employing outstanding video game dubbing is absolutely necessary.

Watching content with subs is much easier than playing a game with subs. Keeping track of what you are doing onscreen is hard when you are also focusing on the written word. Professional video game dubbing tailors the in-game speech to whatever language the gamer prefers, seamlessly becoming part of the gameplay experience - so they can spend more time playing and less time reading.

We will review your original audio files and provide you with an accurate turnaround time and quote for the project.

The game dialogue audio will be re-recorded with professional talent natively speaking your chosen language in high-quality audio.

We will clean up any imperfections in the audio and perfectly tidy it up for delivery in any file type you want. 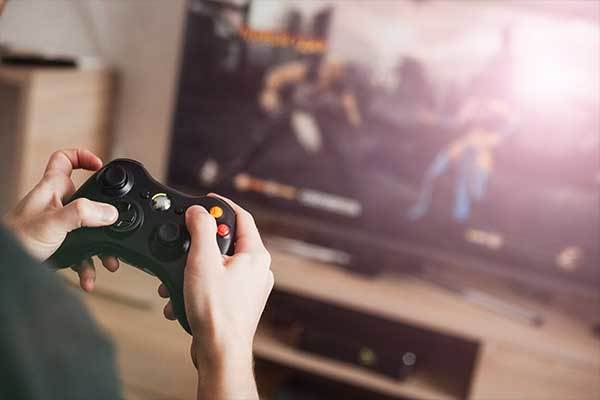 The video game industry is massive and continues to grow, unrelenting. With the universal appeal of modern gaming media, finding audiences around the world has quickly become a necessity. An incredible video game dubbing performance can elevate a game and find a new fanbase in countless global territories.

Metal Gear Solid is a game that has taken the western world by storm. Developed by Konami, MGS is a series that primarily featured a Japanese cast, before being reworked to suit other languages. The perfect casting involved with the English version made the game an instant classic, with voice actors like David Hayter and Jennifer Hale being some of the most prolific inclusions in the cast.

The seminal work on the video game dubbing services involved in this game can be seen as a driving force for the success of the MGS franchise. A poor effort can have an inverted impact on the legacy of a game.

While the performance here is hilarious at first glance, the likelihood that this would be well received in modern gaming is unlikely. Shenmue is often remembered for the poor game dubbing, with many players opting to play in the original Japanese instead.

Working with an organisation like Voquent is all about accessing countless talented professionals, for game dubbing projects in any language or accent. Our wide array of incredible voice actors is a gateway for your content to reach unlimited players around the world.

Voquent is one of the leading video game dubbing companies, with countless professionals ready to lend their vocal cords to any video game dubbing project. Find any character, in any language or accent, simply filter and search to hear countless samples matching your specifications.

What is video game dubbing?

Removing performances and replacing them with speech in another language is at the core of what is video game dubbing. Voice acting in games must be tailored to different international audiences to hold appeal and expand audiences.

Many players are uninterested in subtitles - so catering to them with high quality dubbed performances in any language or accents they prefer is essential. Voquent are industry leaders in this field and ready for any project you're working on.

How is game dubbing done?

Game dubbing is about more than just replacing dialogue with a new speech in a different language. It is about the seamless replacement of audio so that the experience is as authentic as the original version. There is more flexibility with games than other media forms, as character mouth movements can be synced to speech after recording.

Although, effective video game dubbing services require spoken performances to be adapted in script prior to being put into game files for implementation by the developers. As experts in language and accents, Voquent are ideally positioned to offer extensive quality in this arena.