High-quality voice-over translation by native speakers in any language.

Tell us about your project Accessibility Services

We'll take your carefully crafted scripts and creatively translate and tailor them to highly engage your desired foreign audience. Our audio-visual translators know that a successful voice-over translation isn't just about interpreting the words. The tone of the message is key.

per word
Get a quick quote

It's your baby. You've spent hours, days, hell, maybe even weeks pouring your heart and soul into that voice-over script! You've got the wording nailed, and we know letting go isn't easy. So when it comes time to choose a voice-over translation service you can trust wholeheartedly, you're going to need assurances.

At Voquent, we're not just passionate about language. It's in our DNA. Take 5 mins to browse our unrivalled worldwide voice-over talent search, and you'll see precisely why the world's top brands trust us with their translations.

Send the voice-over script to our team, and tell us the languages you need for a fixed quote and turn-around time.

Our native team of translators will produce the script translations and proofread them to assure the best quality.

We'll send the translated voice-over scripts to you for approval before recording with the voice talent. 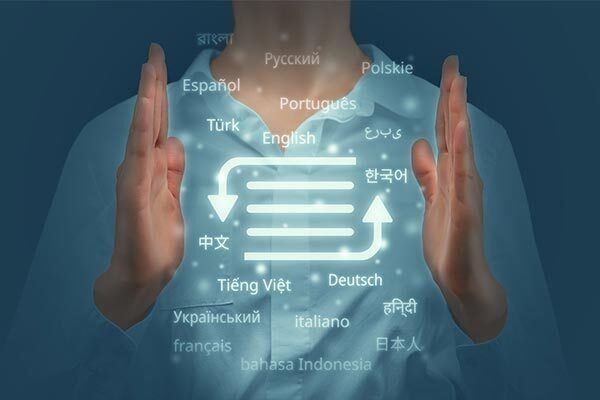 How something is said is often more important than the words themselves. So the first thing we do before undertaking the translations is to identify the tone of the writing. For example, is it authoritative, conversational, comedic or enticing?

Setting the perfect tone starts with the highest-quality voice-over script translation. We only work with qualified, native translators—many with decades of experience in the audio-visual and media industries.

We handpick the best people and manage the entire process from the initial translation to proofreading, editing, and any final adaptations. After translating the script, we'll send it to your team to check and approve before recording with the voice talents. But don't worry if nobody on your team is available. Our native linguists will do the job quickly, no matter the target demographic. They'll know what works best culturally to ensure the script reads fluidly and the message hits home.

If the voice-over translation is being used for a film or other content with strict time constraints, we'll further adapt the script. Script adaptation involves condensing and rewriting the text so the voice talent can read naturally in sync with visuals or lip movements.

Sometimes the voice talent will request additional changes during a live recording session, maybe because they're having difficulty with pronunciation or timing. It's crucial to let us know if we have the freedom to make further script changes at this time or if the script is locked down.

We'll also need the video, animation, or guide audio track for the session in a suitable format. Ideally, for video, a .mov or .mp4 file is best with a burnt-in time-code (BITC).

The time-coded bi-lingual voice-over translation we've prepared will keep the session on track—maximising the studio time to get the best value for your money.

Voice-over scripts for any medium